Da Nang In The Season Of Red Orchid

Many people have been asking how Da Nang is going, or whether it is safe to come to Da Nang. Let us assure you: Da Nang is still beautiful and peaceful.

October (lunar calendar) till the end of March marks the season when the red orchids bloom on the streets. The red orchids (or sometimes known as mountain ebony) is grown in popularity on many roads, creating a poetic landscape for the city. 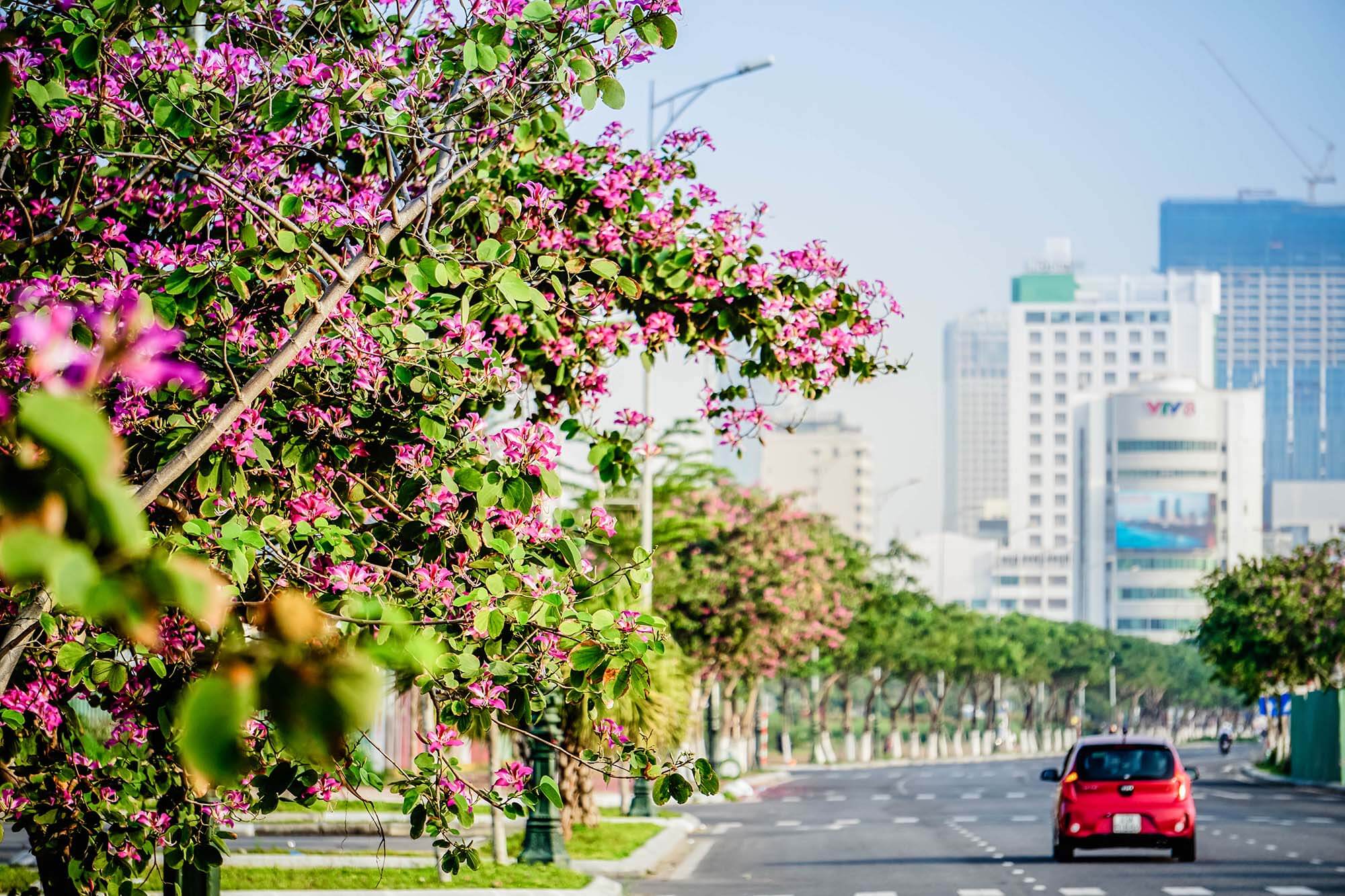 Red orchids are often planted in tubs, or in rows along the aisle in parks, on the streets or in residential areas, urban areas, … in order to both create shadows and beauty to the road as well as to bring some fresh air. 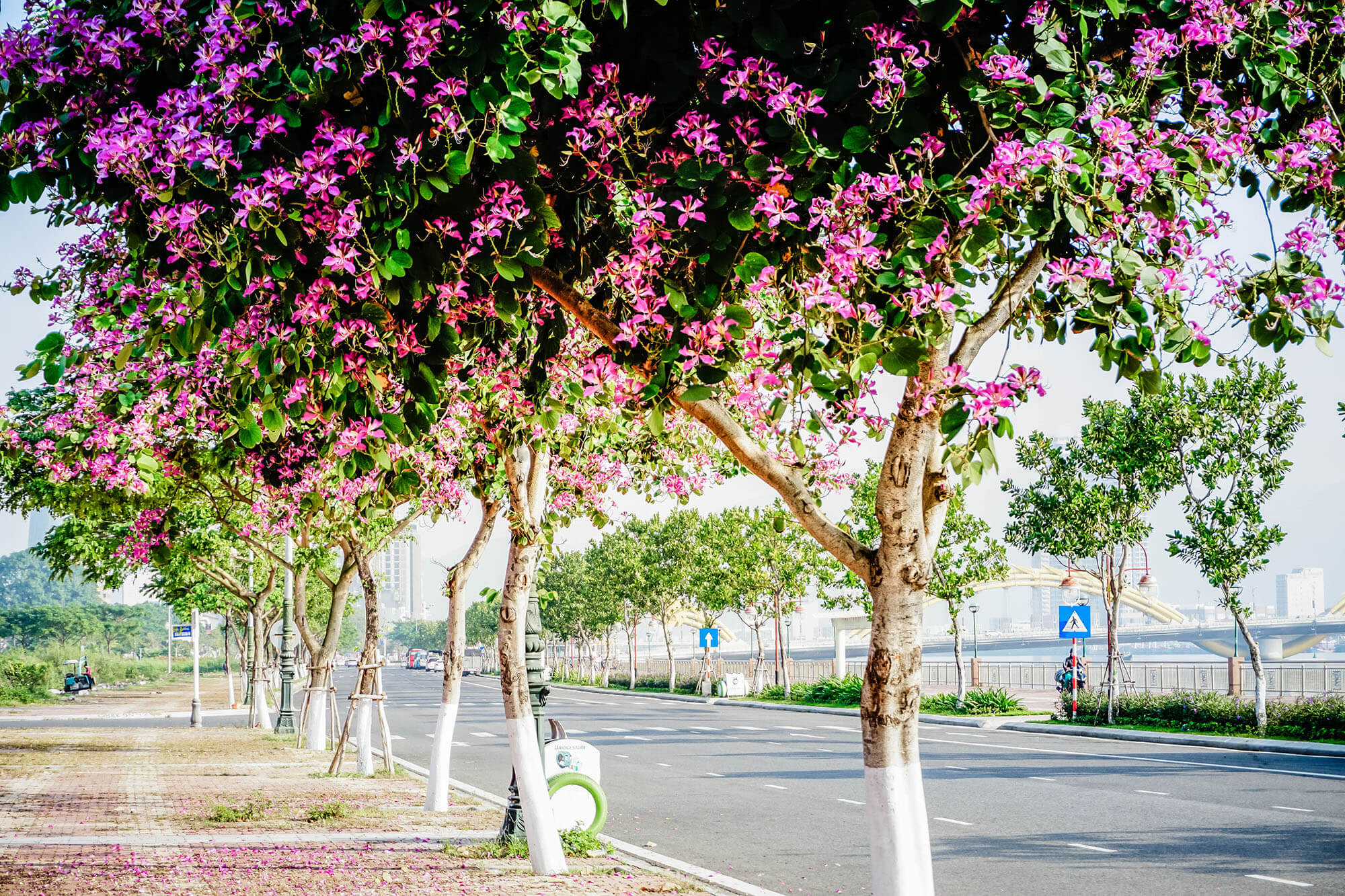 The flower has a scientific name of Bauhinia Variegata; it often grows in bushes, has many branches, and has hair when it is young. The flower has bigger leaves than its relative tree in the North West in both size and thickness of the leaves. 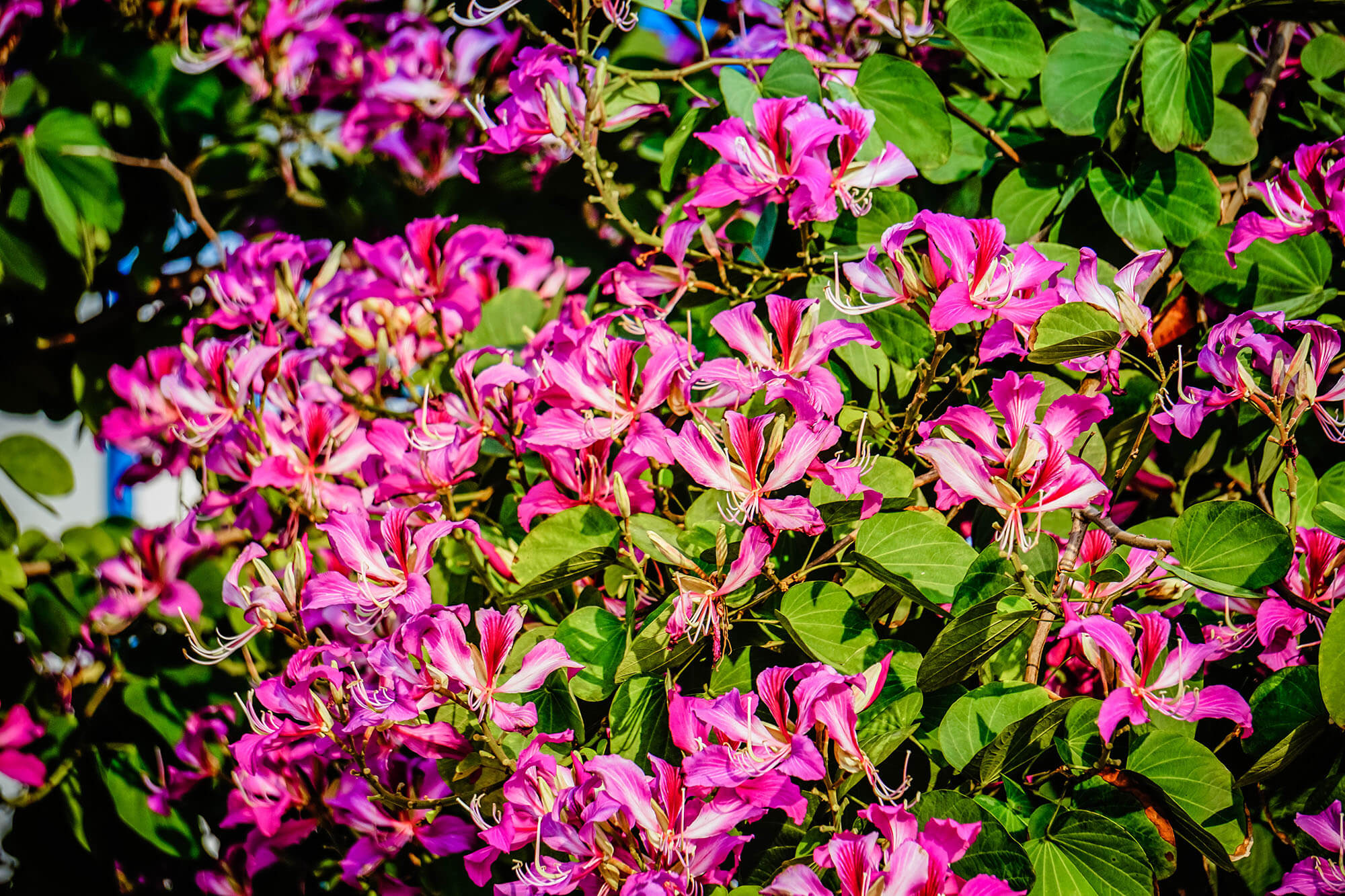 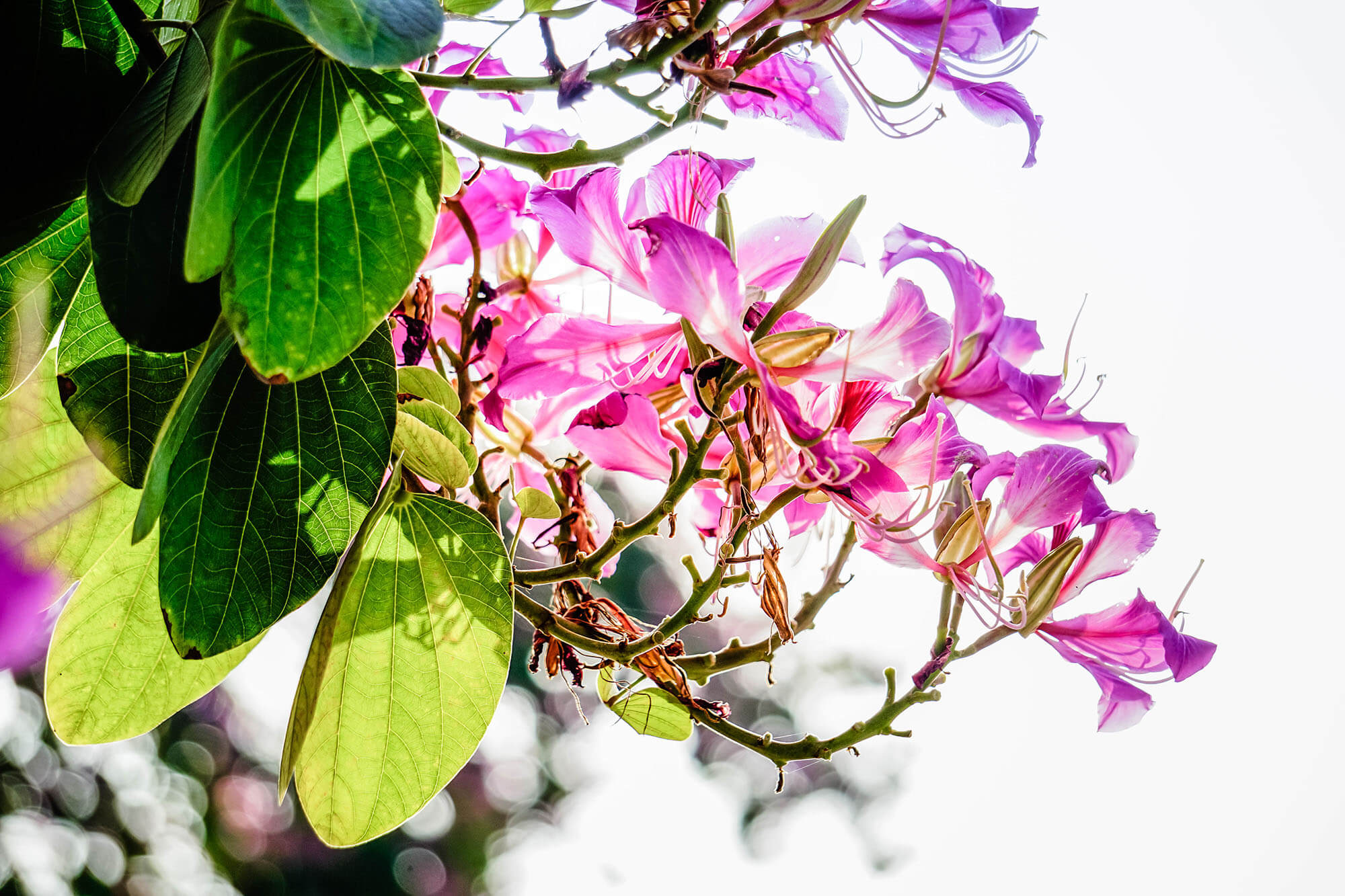 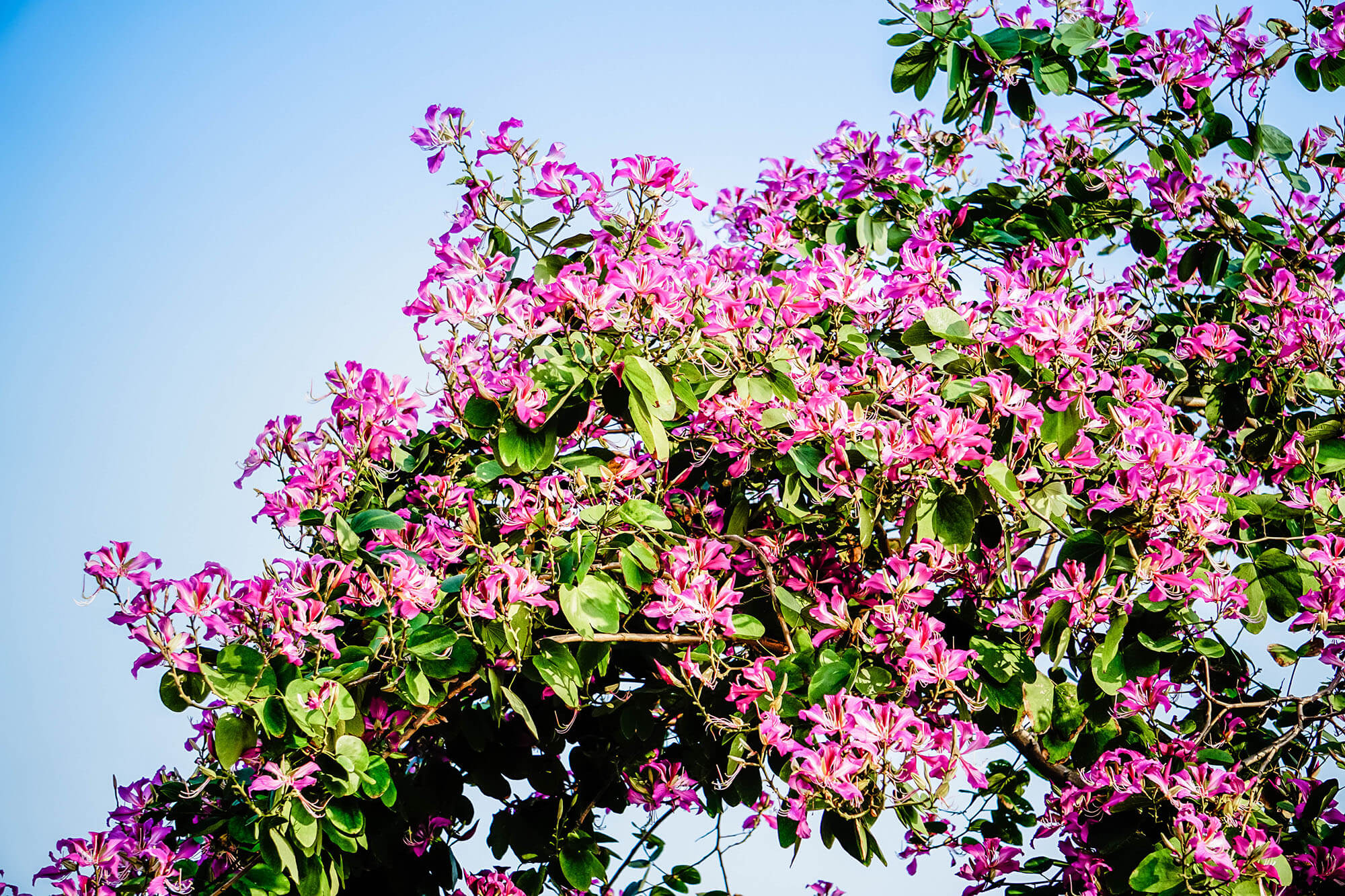 The red orchids are popular with many people because of their vibrant colors, mild aroma and good weather resistance. 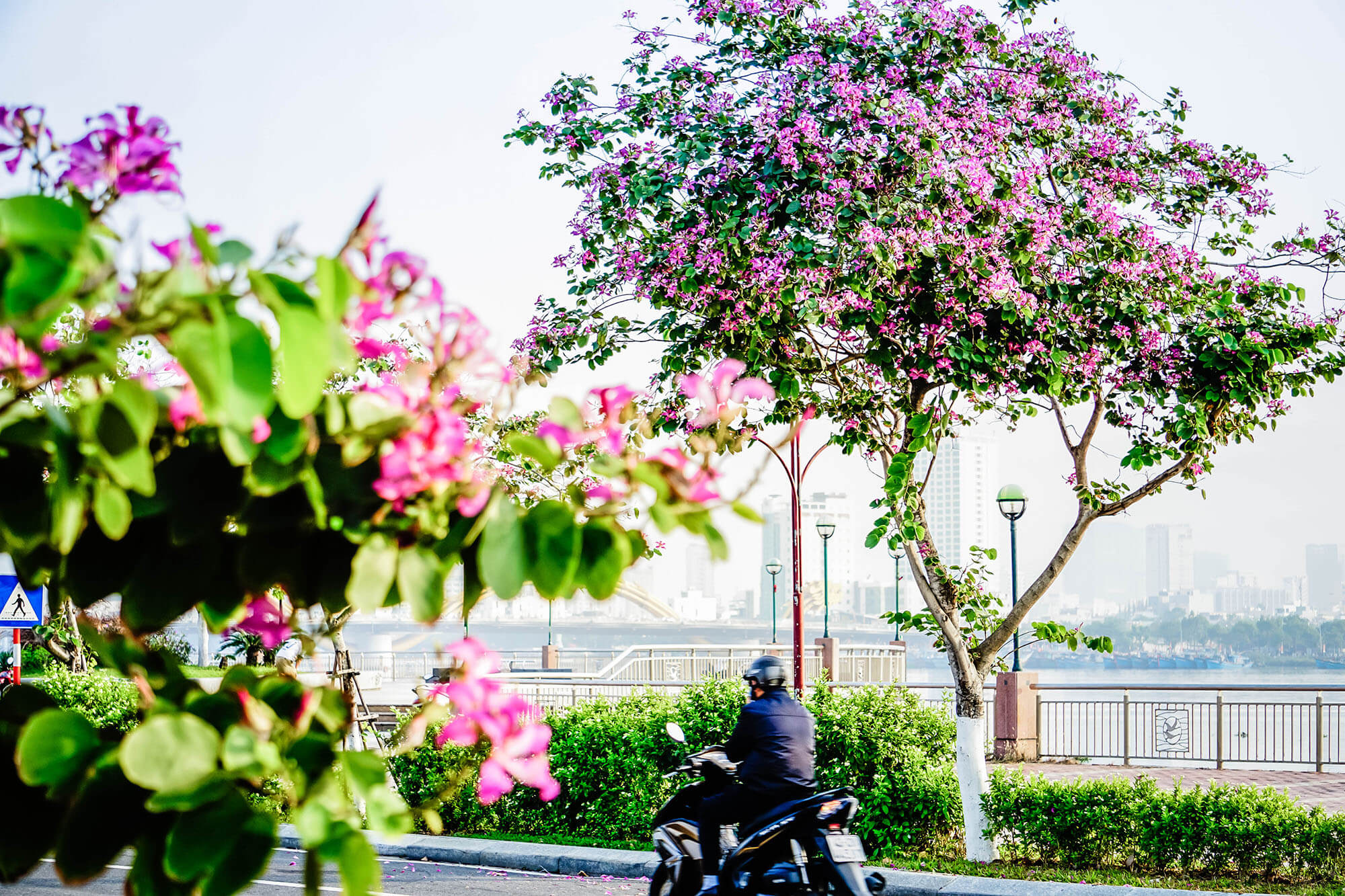 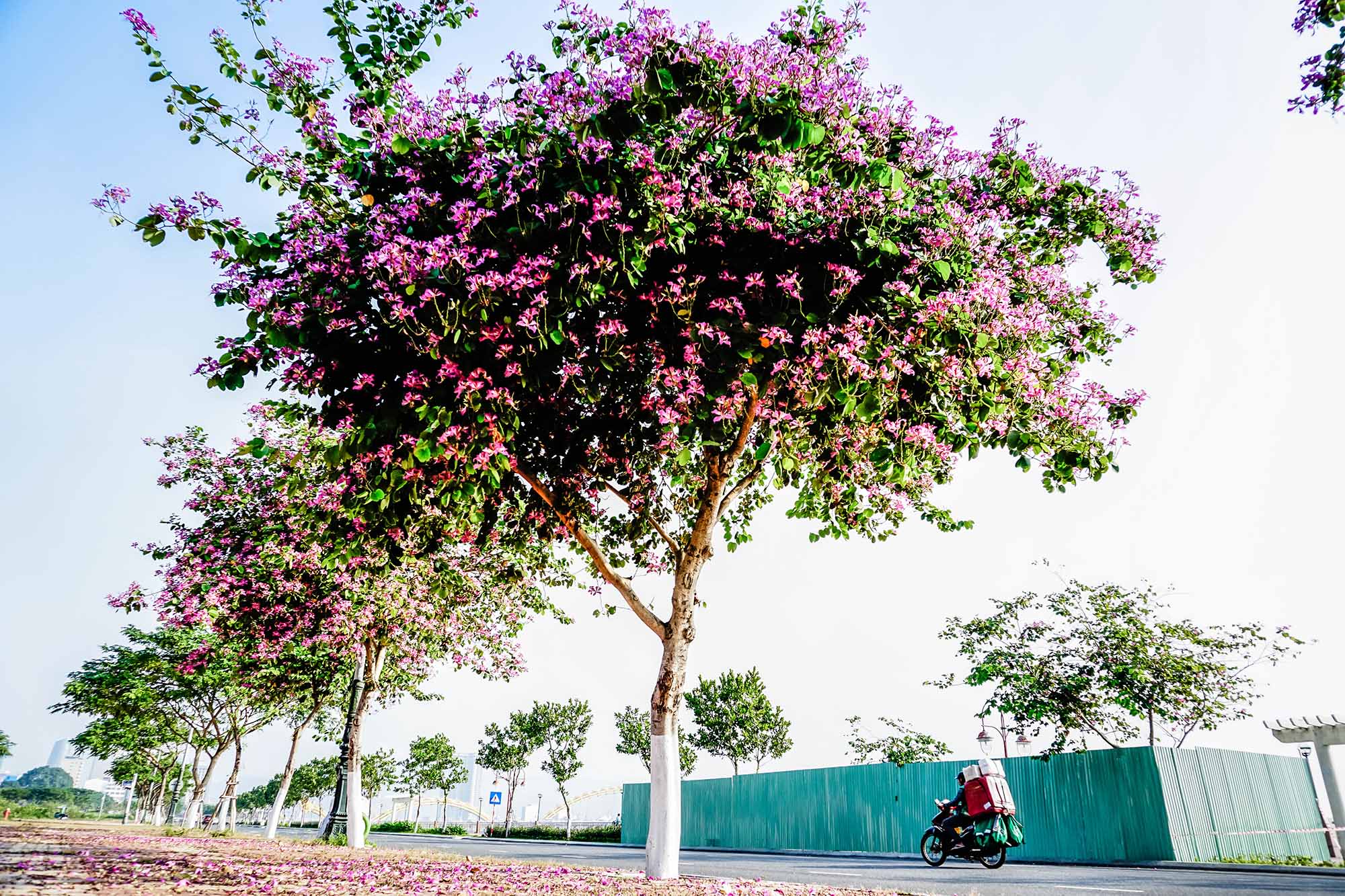 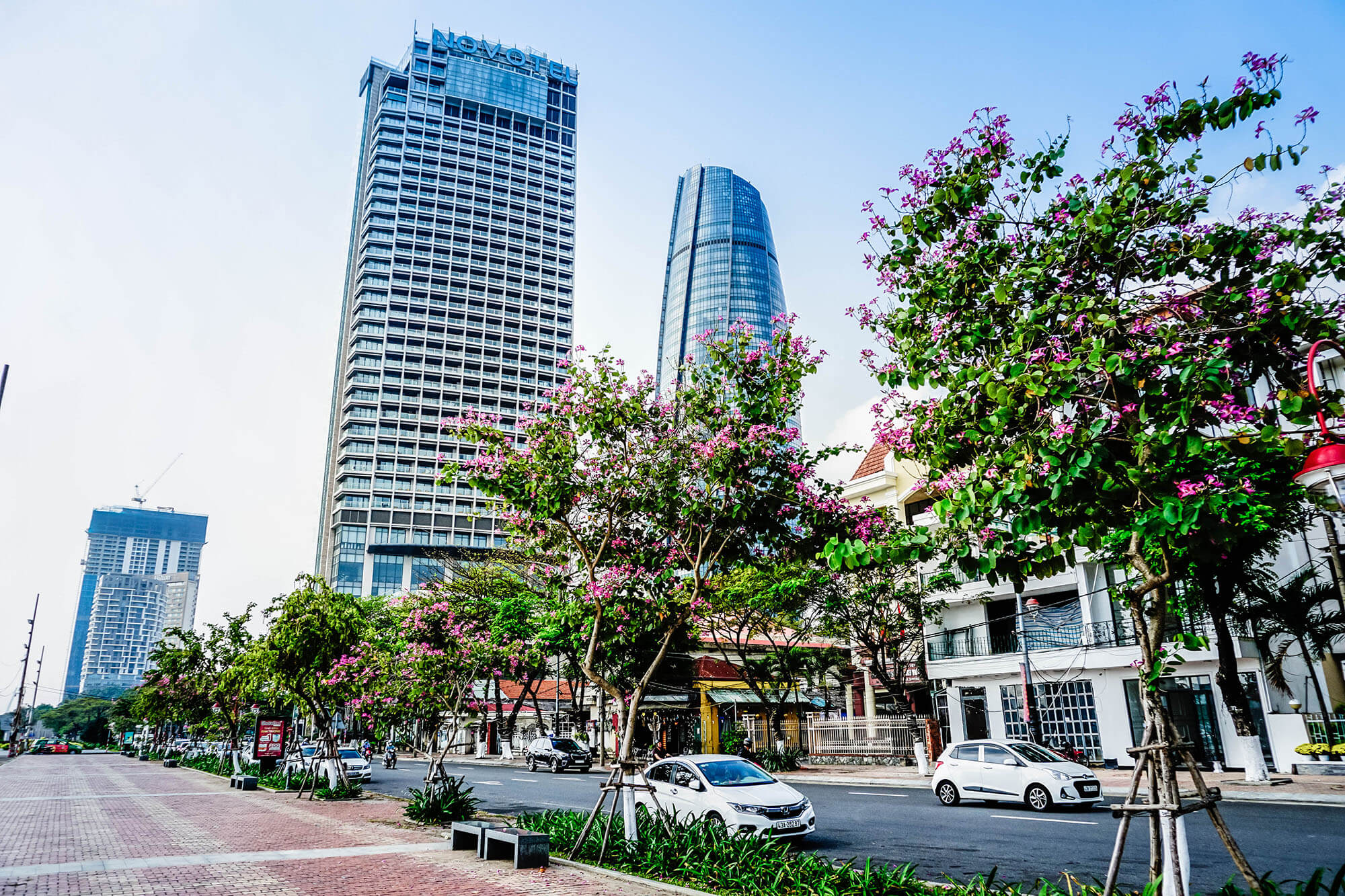 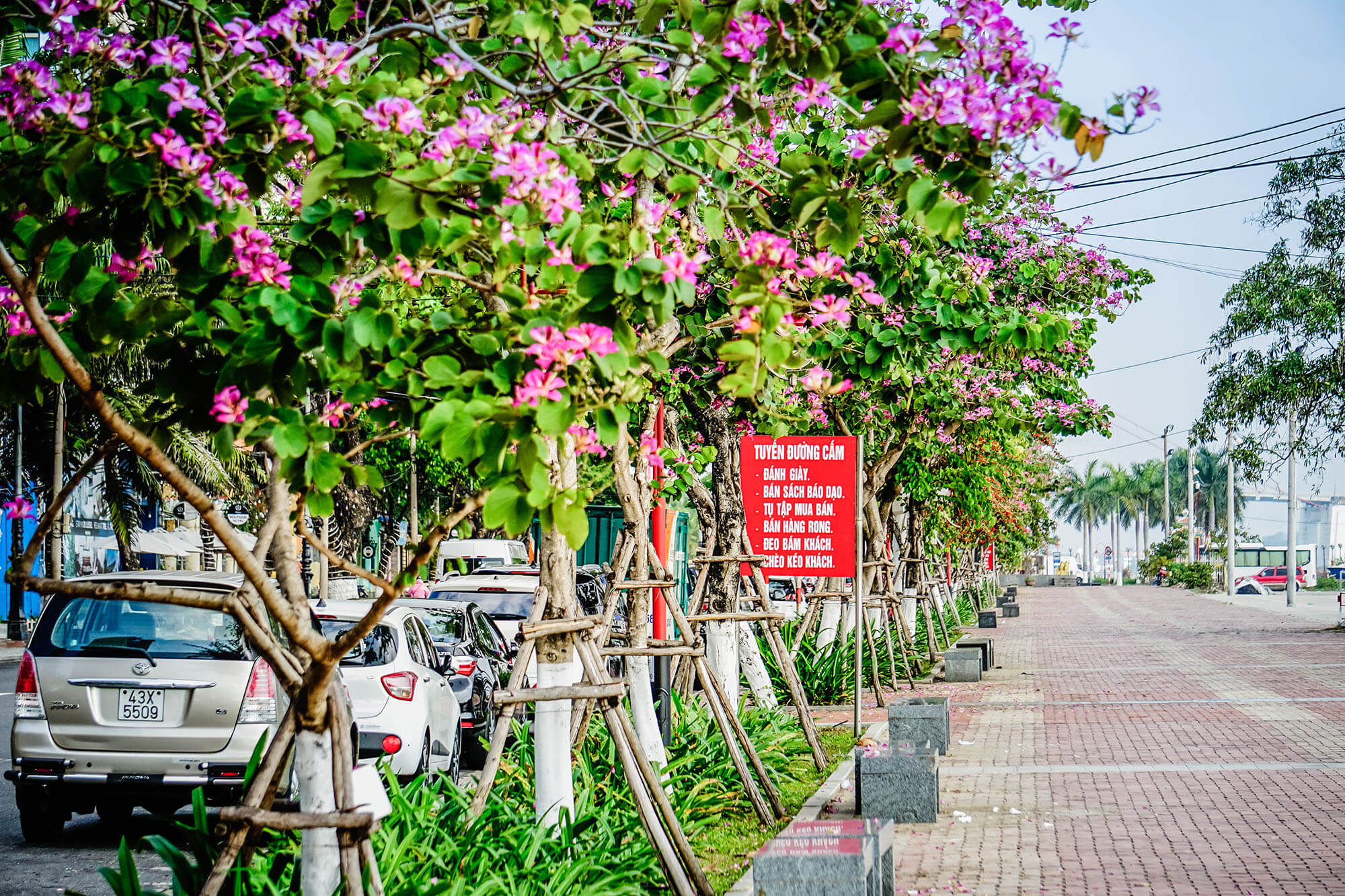 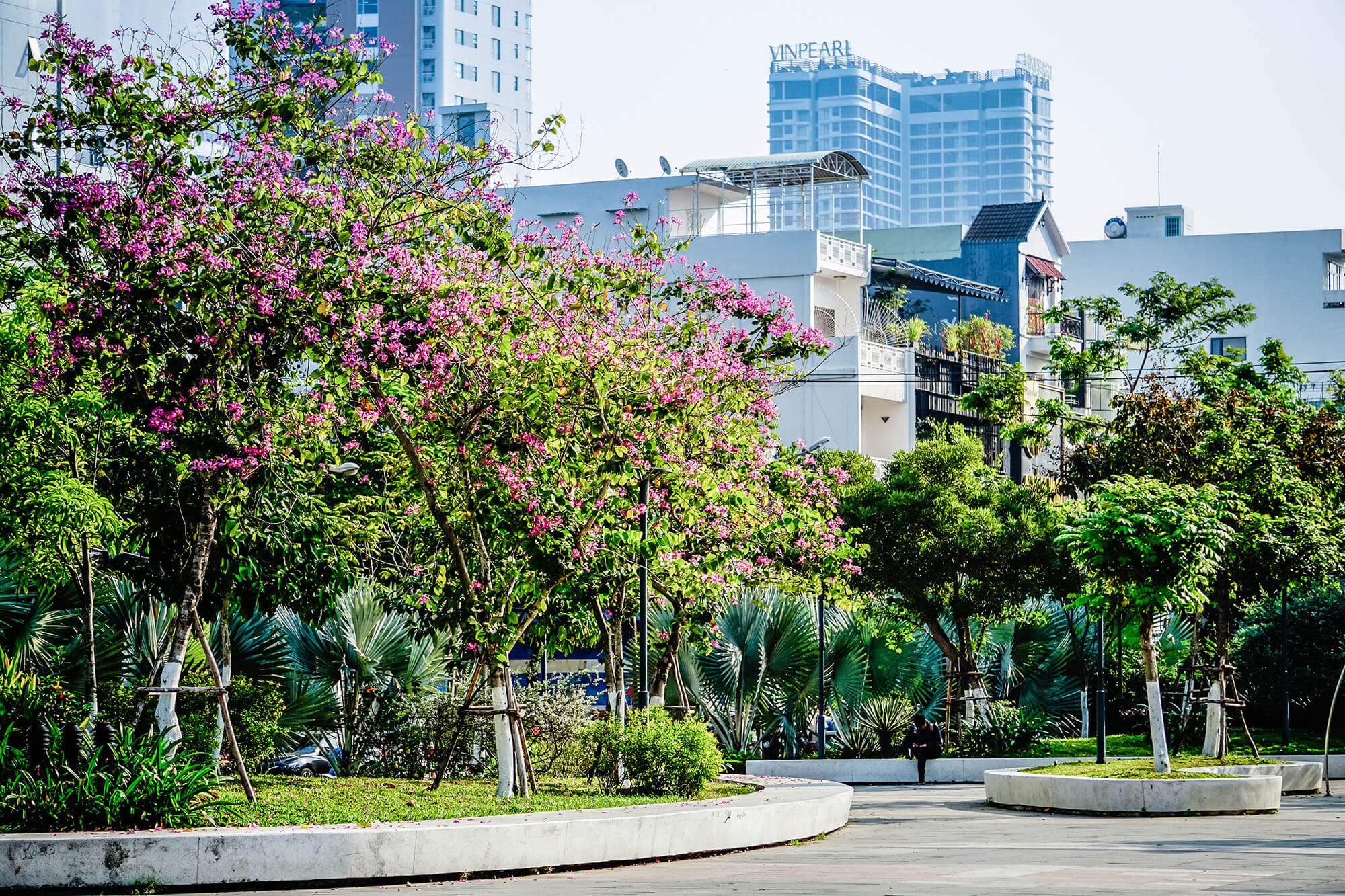 Red orchids bloom for around 5-6 months, lasting from October to March (lunar calendar). 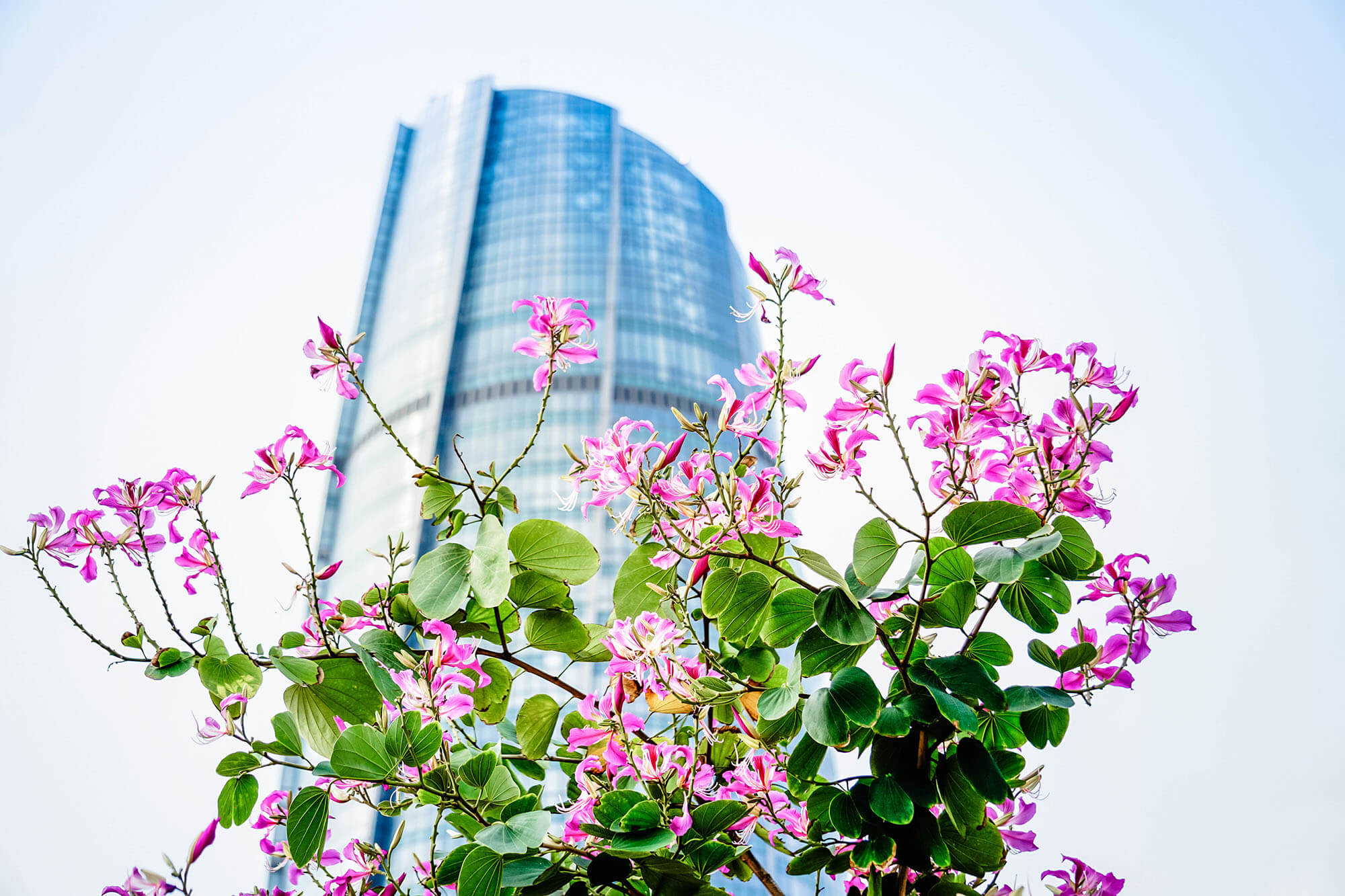 The color of the red orchids under the city sky.